From the highway D1/E50/E65 take the exit Exit 196 (Brno - Centre), which will lead you to Kastanova Street. Continue according to the chapter "From Bratislava"

Bratislavska is a one-way street towards the city center. During the Cejl street closures it is best to arrive from the Koliste street, where you turn into the Milady Horakove Street, continue on the Merhautova Street and than turn into the Pradlacka Street and the Bratislavska street. Our hotel is on the left. You cannot miss it. The entrance to the courtyard for parking is just behind the reception 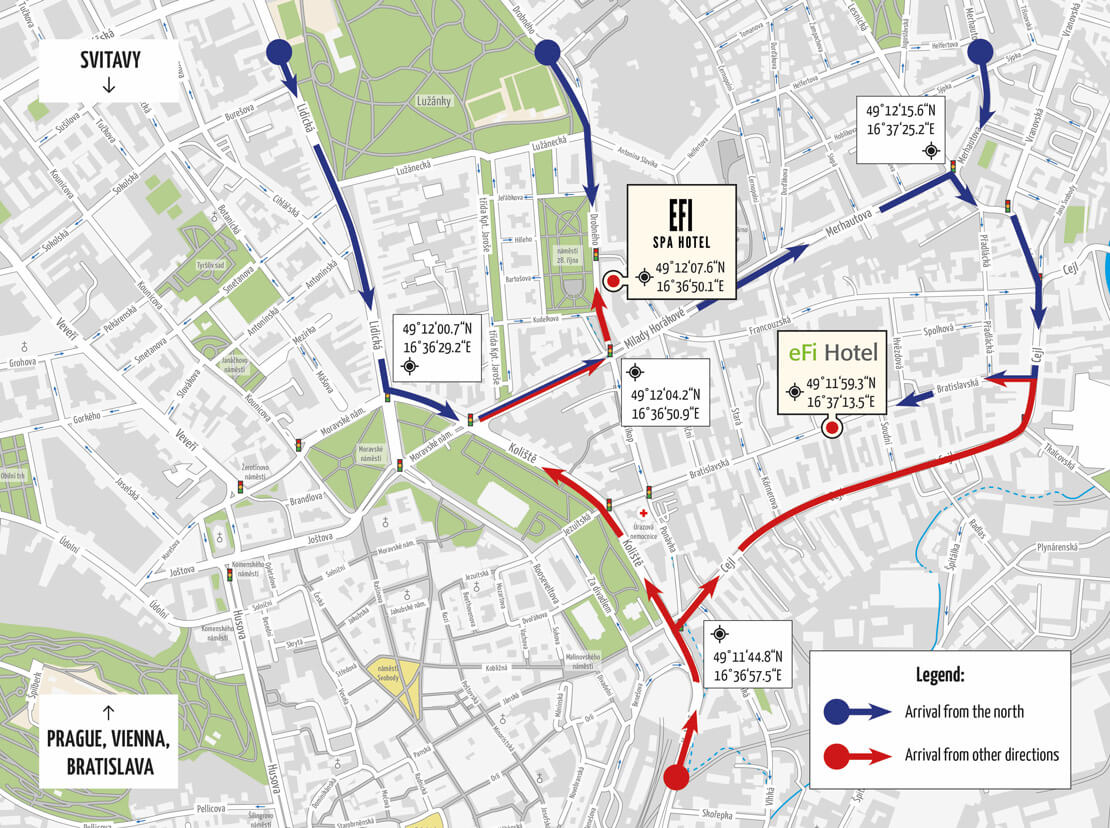 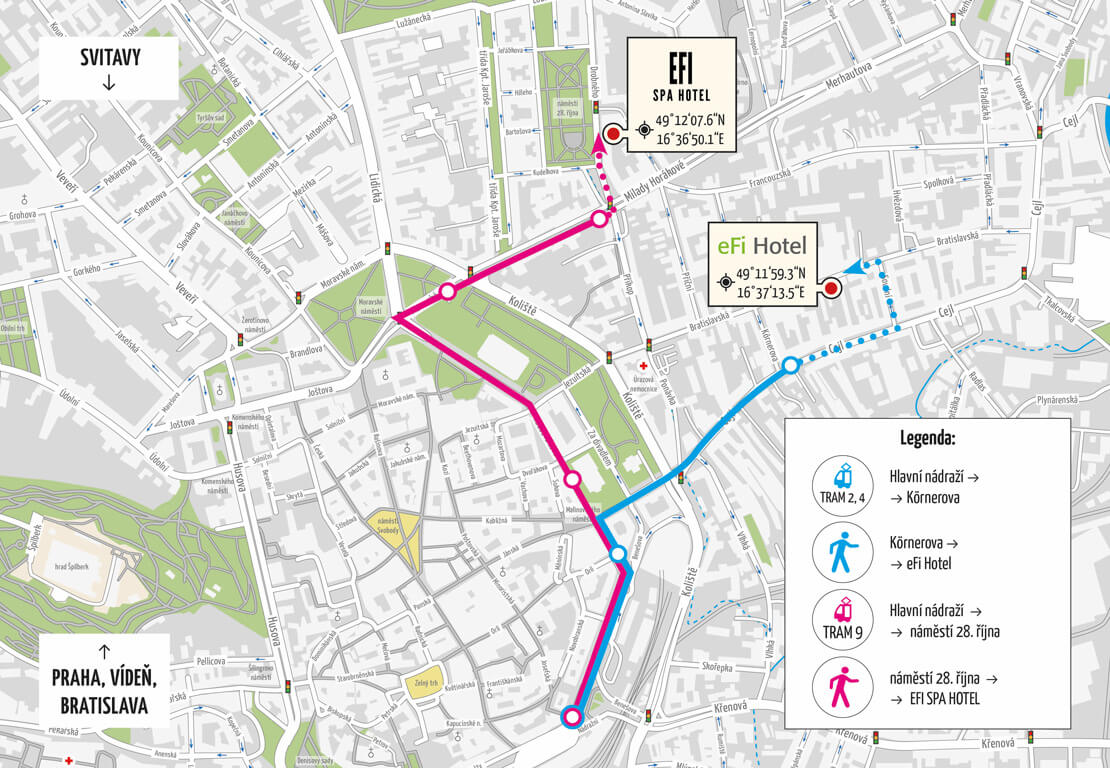 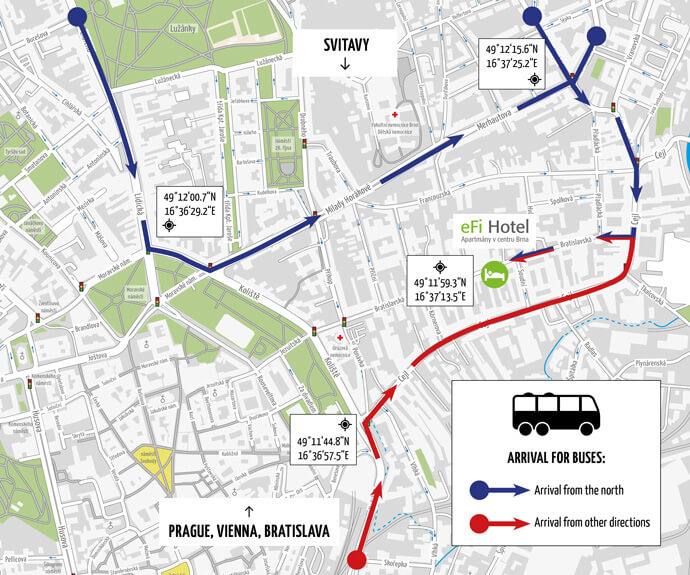